Among the general public, there is an assumption that mothers (rather than fathers) are more likely to receive custody of their children. Statistically, there is some truth to this belief.

Statistics show that, across the United States, mothers receive primary custody rights in more than two-thirds of all custody cases. Nonetheless, research from the United States Census Bureau suggests that some of these demographic trends may be changing. As of 2017, single fathers make up a greater proportion of single custodial parents than at any point in recent history.

While gender-based norms have an effect on child custody cases, it is important to remember that every custody case is different. There is no predetermined methodology for granting custody rights in preference of either the mother or the father. In every case, there is a complex web of legal rules and analyses that are designed to protect the best interests of the child. 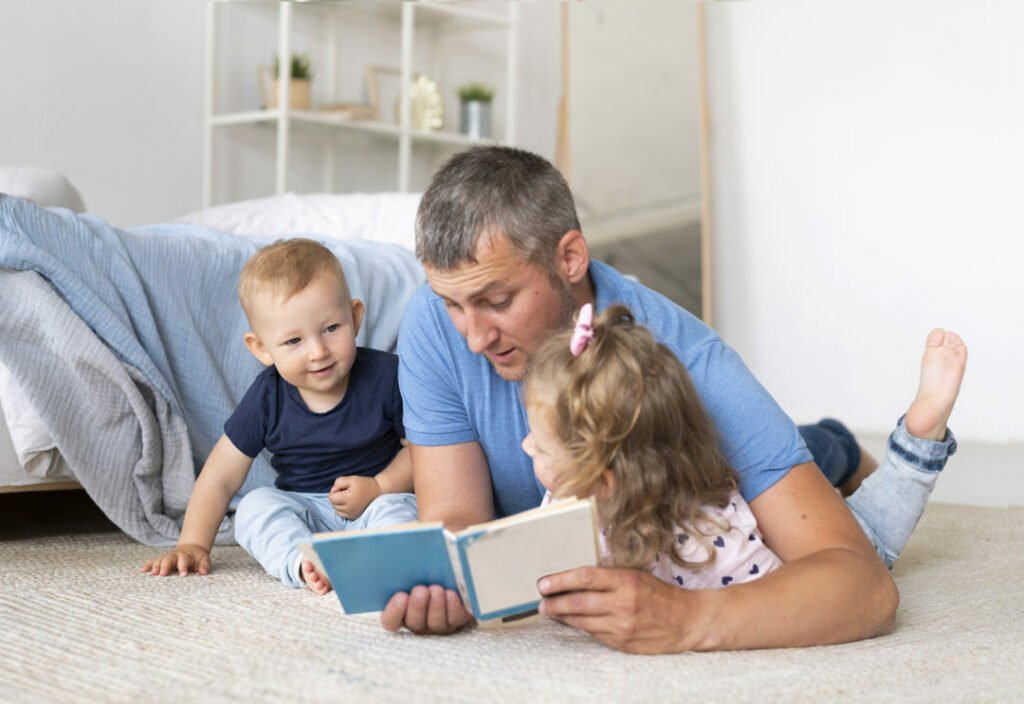 Custody disputes are never easy, but the team at Fennell, Briasco & Associates™ is here to make it easier. As licensed Georgia attorneys, our team has proudly helped parents throughout Metro Atlanta and North Georgia in developing their best case for seeking child custody.

With a proven track record in family law, our team is ready to serve as your trusted legal adviser. Contact our team today at (770) 956-4030 for a FREE consultation.

Parenting as a Constitutional Right

As a starting point, there are some constitutional protections involved in child custody laws.

Under both the United States Constitution and the Constitution of the State of Georgia, biological parents have a strong constitutional interest in the upbringing, care, and custody of their children. According to one case by the Georgia Supreme Court, the right for natural parents to participate in the care and custody of their children is “fiercely guarded” by our legal system. Patten v. Ardis, Supreme Ct. of Georgia (2018). Yet, this right is not absolute. Courts routinely make determinations to modify or even terminate parental rights to promote the best interests of the child.

Similarly, the Equal Protection Clause of the United States Constitution requires that similarly situated men and women be treated equally. State laws cannot, on their face, grant preference to either men or women in determining parental custody rights.

From a constitutional perspective, if both the mother and father are fit to be primary custodial parents, then each parent is “theoretically considered to have co-equal rights to custody of children[.]” See Susan Beth Jacobs (“Hidden Gender Bias Behind ‘The Best Interest of the Child’ Standard in Custody Decisions”), Georgia State University Law Review (1998).

Courts are therefore put in the difficult position of evaluating the best interests of the child, while also seeking to uphold each parent’s constitutional right to participate in their child’s upbringing.

When assessing a father’s custody rights, the first consideration is often whether the father has a legal interest in the child. Both married and unmarried fathers have the right to seek custody of their children.

For many divorced parents, paternity may not be an issue in child custody proceedings. When a mother and father obtain a divorce and neither party contests the other’s legal interests in the child, paternity rights are unlikely to become an issue.

On the other hand, paternity is a major legal issue in cases between unmarried parents.

Legitimation is the process by which “[t]he biological father of a child born out of wedlock may render his relationship with the child legitimate” by filing a legitimation petition in the relevant county’s superior court. O.C.G.A. § 19-7-22(b). Legitimation may require genetic testing to prove the biological relationship between the father and the child. If proven, the father will have legal interests in the child, including the right to seek custody, visitation, and guardianship of the child. Conversely, legitimation may also give rise to the father’s obligation to pay child support. See O.C.G.A. § 19-7-22(f).

Under Georgia law, there can be no gender-based preference in granting custody to either 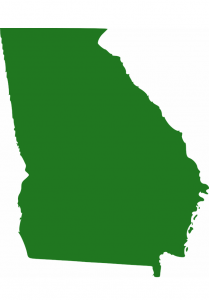 the mother or the father. O.C.G.A. § 19-9-3(a) states that “there shall be no presumption in favor of any particular form of custody, legal or physical, nor in favor of either parent.”

Instead, Georgia law states that “[i]t is the express policy of this state to encourage that a child has continuing contact with parents…who have shown the ability to act in the best interest of the child and to encourage parents to share in the rights and responsibilities of raising their child after such parents have separated or dissolved their marriage or relationship.” O.C.G.A. § 19-9-3(d).

A long-held principle in Georgia family law is that any award of custody must be made “in accordance with the best interests of the child…and that this consideration alone must control the judgment of the court.” Pruitt v. Butterfield, Supreme Ct. of Georgia (1940). The courts apply a factors-based approach to assess which type of custody arrangement will most likely achieve the child’s best interest. O.C.G.A. § 19-9-3(a)(3) lists 17 non-exclusive factors for evaluating the long-term interests of the child.

Without giving preference to either the mother or the father, the court will assess these factors in issuing a final custody determination. 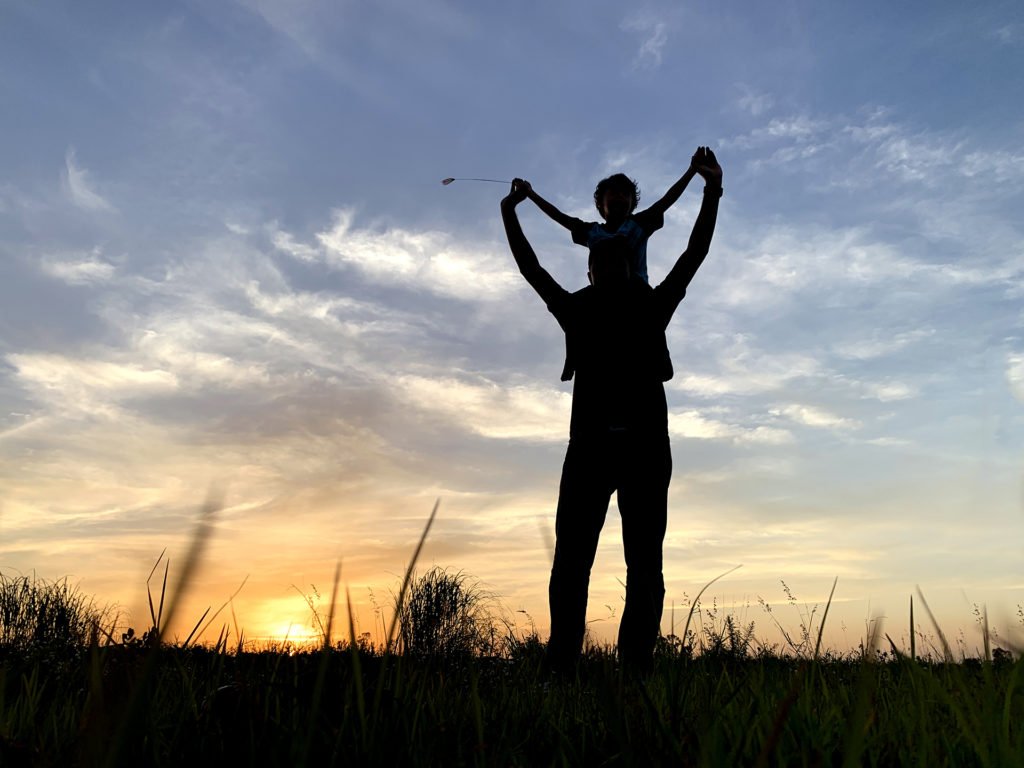 During a child custody proceeding, the court will seek to issue a final order for determining a custody plan for the child. The court will also issue a final order for the parenting plan between the mother and father, specifying how the parents will deal with a wide range of issues like visitation, holidays, transportation between each parent’s house, and the allocation of decision-making authority on behalf of the child.

There are several types of custody rights under Georgia law. There are two key dynamics at play with child custody determinations: (a) physical custody vs. legal custody, and (b) sole custody vs. joint custody.

Speak To One Of Our Experienced
Child Custody Attorneys Today

Visitation rights (sometimes called visitation privileges) afford a parent the ability to see and care for the child at specified times, as based on the court’s parenting plan. Visitation rights allow the parent to remain an integral part of the child’s life, while still vesting physical custody in the other parent. When it comes to a father’s visitation rights, Georgia law has reached the following legal conclusions:

There is a special body of law related to a parent’s rights in relation to third-party rights. What if, for example, the child lives with grandparents, an aunt or an uncle, or another relative? Can the father petition to regain custody? This is a common theme in Georgia family law cases related to both custody and visitation rights.

In general, a biological parent has a constitutionally protected interest that generally outweighs that of third parties. For a third party to remain in custody of the child, the third party must prove by clear and convincing evidence that (1) “the child will suffer physical or emotional harm if custody were awarded to the biological parent” and (2) “an award of custody to [the third party] will best promote the child’s welfare and happiness.” Clark v. Wade, Georgia Supreme Ct. (2001).

Assuming that the father is fit to maintain physical and legal custody of the child, then the biological father’s custody interests will likely prevail. Nonetheless, this body of law is complicated. You should always speak with an attorney regarding the particular facts and circumstances of your case, especially regarding the role of grandparents or other family members in the child’s life.

If you are having issues with child custody in Georgia, contact the family law attorneys at Fennell, Briasco & Associates™. Our team has worked with hundreds of parents across North Georgia and Metro Atlanta to help them advance the case for custody of their children.

With expert negotiation and litigation skills, our family law attorneys will fight on your behalf to ensure you can maintain a long-term presence in your child’s life. Contact us today for a FREE legal consultation.